Bom-Wrapper
About An Amazing Life|Help

Friends and family may call from 3:00 to 7:00 pm on Tuesday (September 11) at McGuigan & Bero Funeral Home 45 High St. Geneva. A funeral service will be held Wednesday (Sept 12) @ 10:00 am at the funeral home, officiated by Father Thomas P. Mull, burial will be immediately following at Glenwood Cemetery.

Rebecca was born September 20, 1936 in Geneva, NY to the late Oscar & Ruth (Laws) O’Neil. Beckie graduated from Geneva Schools and was first employed by S S Kresgie’s as a fountain girl and later at Sterns Nursery. She married Dmytro (Jim) Malyj on September 3, 1960. While raising 2 sons she assisted with the operation of Malyj Poultry Farm throughout the 1960’s. She was later employed by Geneva Harley Davidson and Malyj Auto Service, retiring from there at the age of 80. During her lifetime she and Jim traveled to Venezuela, Hawaii, St. Maarten & Jamaica. She enjoyed baking cookies which were supplied, in abundance, to staff & customers for both businesses over many years.

She is survived by sons, James (Kathy Mastellar), Alan (Anna), brothers George O’Neil and Jim (Sue) O’Neil. Brother-in-law & business partner John (Olga) Malyj, niece Kathy (David) Prelack and sister-in-law Olga Zinchenko. She is also survived by special nieces Mary Ruth (Dan) Ryan and Aimee (Ben) Marin (whom assisted with her recent care needs) as well as many other equally special nieces & nephews who hail from every corner of the United States. She will also be sadly missed by many life long friends who were very special to her. She will also be sadly missed by her cat Char.

A very special thanks go to her “adopted grandson” Mike Ellis and also Mary Perry for helping her and her family throughout her recent illnesses.

We encourage you to share any memorable photos or stories about Rebecca. All tributes placed on and purchased through this memorial website will remain on in perpetuity for future generations.

N
My mother (Ann Taylor) and I wish to express our sincere sympathy in your loss of your loved one. She was a great person -- and we always enjoyed conversation when we were at the garage for the cars.
May God Bless you all at this time.
Nancy and Mrs. Ann Taylor

PE
Jim and Kathy.
So sorry for your loss. Our hearts are with you during this difficult time.
Patty Eckman - Sunday September 09, 2018 via Condolence Message
Share This: 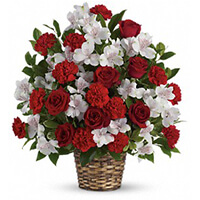 In Memory of Aunt Beckie
Cindy Neal and Family - Saturday September 08, 2018 via Heartfelt Sympathies | Order flowers in memory of Rebecca
Share This:
1
Page 1 of 1
Share
×

Thank you for sharing!

Provide comfort for the family by sending flowers.

Or use your email:

Provide comfort for the family by sending flowers.

Connect with families at their time of loss. By subscribing to email updates, you will receive two daily updates containing all new stories, photos, candle lightings, condolences, and more.